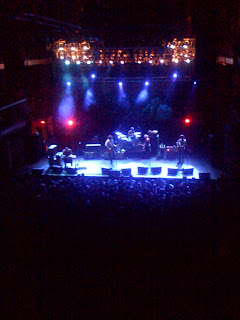 Right now, im at this concert for a band, "drive by truckers." they're
all right. But what I'm suddenly noticing is that here in new York,
hicks have become so marginalized that they're niche. And with all
this hipster chic bullshit, it's actually cool now to be some down-
home redneck. As if that was ever admirable (at least in the
stereotypical sense of the word)

Just weird to see these supposedly liberal people openly adulate a way
of life that seems antithetical to their own. And a way of life that,
I bet if you pressed them out in the open about it, they'd deride in
an instant.

And let's set the record straight, I'm from Kansas city. I have a
pretty good idea when southerners are being sincere, or just playing
up their accents.

I don't know anything about these guys. This is just my first
impression.